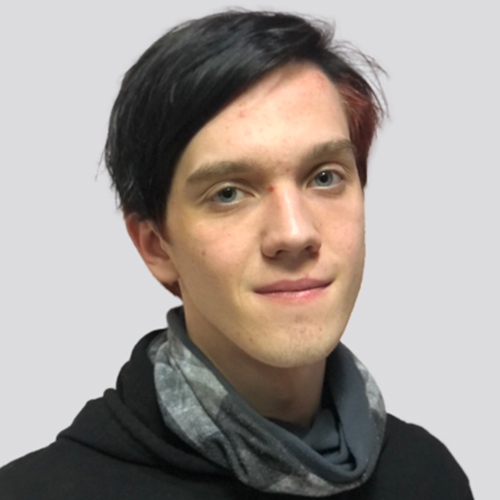 Work experience:
Began to study music and programming in 2016. Initially, programming was a priority hobby, as a result of which he entered the university with a technical specialty, but later he began to look for ways to do music in a professional way. Pavel has experience in writing soundtracks for games. Basically, that is the music written for game jams, where in a certain time you need to create a game on a particular topic. Pavel is also involved in long-term project development. In addition to the above-mentioned, he composes and records songs for the musical group, which he created in 2019.

During his school years, Pavel was a member of a volunteer organization, he often participated in activities related to children. He also taught his friends how to play the guitar and helped his younger brother and sister study. Codes in programming languages ​​such as Pascal, C++, C#, JavaScript, Python, HTML and CSS.

Interests:
Fond of creating music in various genres and developing computer and board games. Reads fiction and literature related to his hobbies.

“It is unwise to treat art as mere entertainment. With a strong desire one can benefit from everything, and if your hobby brings pleasure, then the benefit will be not only material. But, just in case, it is also better to learn programming alongside ..."