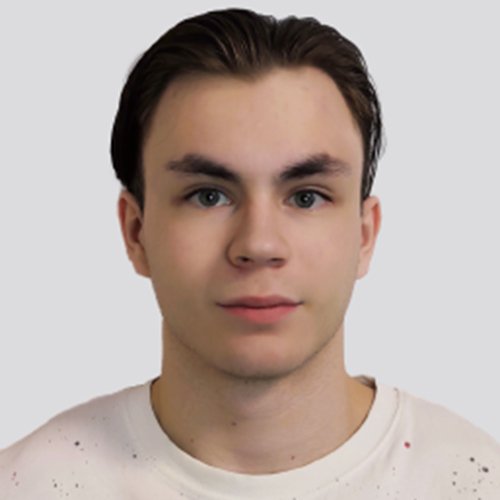 Work experience:
Since childhood he has been interested in computers, played games and imagined how many ideas could be realized if he would learn how to create games for PC and mobile devices. He completed Unity courses and created several games and applications on this engine, including 3D mobile game, for which he had to learn 3D modeling. During his first year at university he worked with VMWare, Wireshark, Linux, Cisco PT, cryptography, programming in Python and C++, which is directly related to cybersecurity.

He worked as a tutor for school students in grades 5-9 in general subjects – mathematics and computer science.

Interests:
Fond of swimming, bodybuilding, films, computer games, Andrey is a master of sports. He loves to travel and leads a healthy lifestyle. Believes that the main thing in life is the ability to learn and create something new.

“Creating games has become much easier these days, and now anyone can succeed in this area if they are interested”.